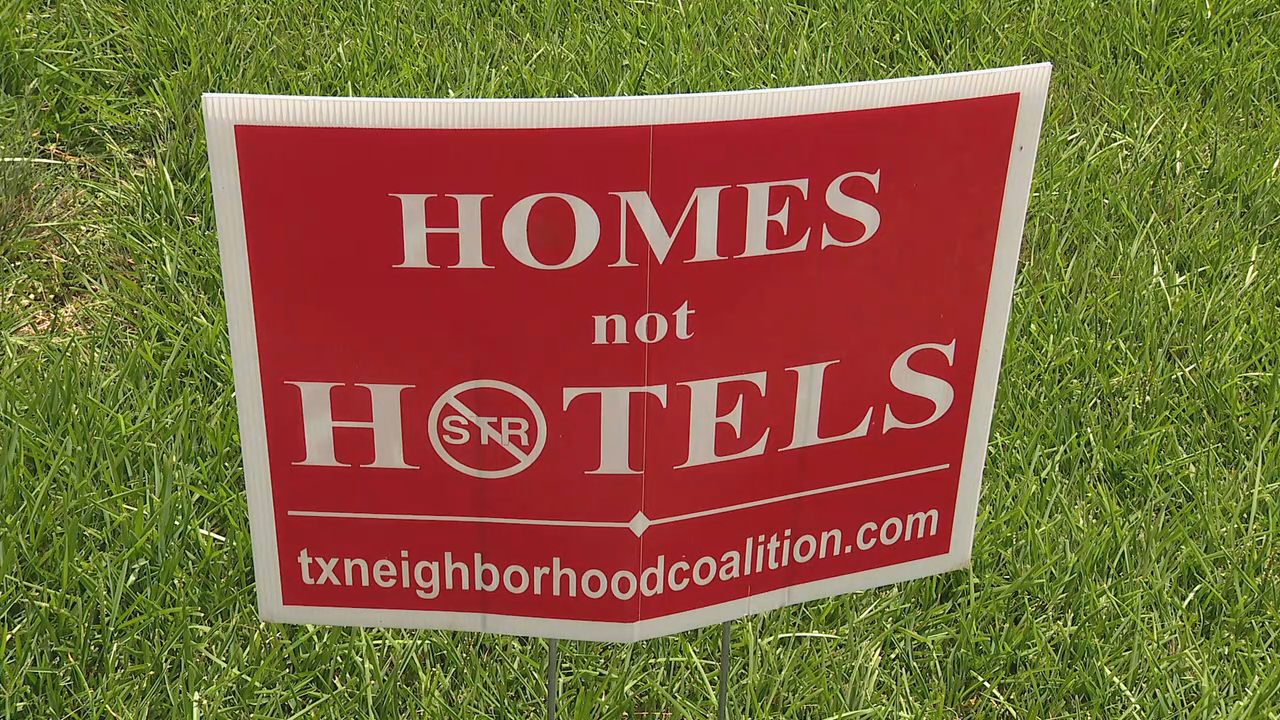 Short-term rentals could be zoned the same as Dallas hotels, barring them from neighborhoods

Short-term rentals could be zoned the same as Dallas hotels, barring them from neighborhoods

The Dallas City Council took a major step Wednesday night that could change the landscape of where short-term rentals are allowed in the city.

DALLAS – The Dallas City Council took a major step Wednesday night that could change the landscape of where short-term rentals are allowed in the city.

The council recommended that its zoning staff draft an ordinance that would define short-term rentals as hotels.

She is one of many landlords who began asking Dallas to shield neighborhoods from short-term rentals more than two years ago.

“What happened was a gathering of people from all over town,” she explained.

For months, Dallas residents have been voicing their concerns at city council meetings.

“Airbnbs is eroding the sense of community,” one person said.

“I know people who left Dallas because of the STRs,” another person said.

The coalition says its solution is proper zoning.

“We want to live next to a house, not a hotel,” Talley said.

“I hope we get the citizens what they want, which is peace and quiet and being able to live in a neighborhood,” she added.

Late Wednesday, Councilman Paul Ridley recommended defining short-term rentals as ‘accommodation use’, so they would be zoned the same as hotels, preventing them from operating in neighborhoods .

There was no official vote, since it was an information agenda, but there was “unanimous consent”.

“We are truly grateful to the City Council and staff who listened to us, and the legal counsel who said the best, most legal way to regulate STRs is with clear zoning and strict regulations,” Talley said. .

An ordinance proposed by the City Plan Commission could be ready for a Dallas City Council vote as early as September.