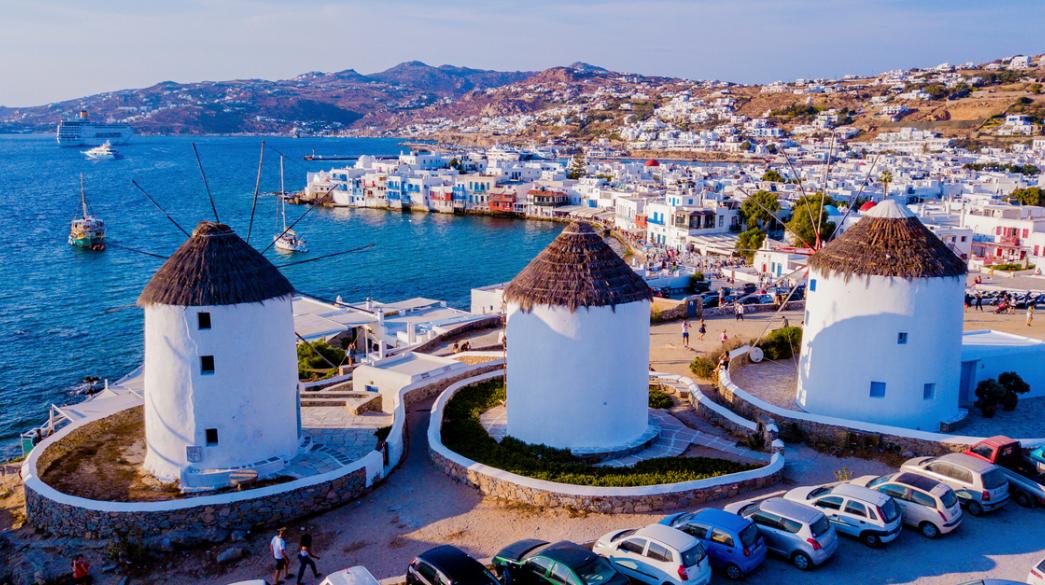 The President of the Pan-Hellenic Federation of Hoteliers (HHF), Grigoris Tassios said that “the strategy for Covid-free islands has not been achieved, as the vaccination affected the permanent residents of the island, while it was It turned out that the mechanisms were not in place to control the tourists who arrived on the island.

Greece’s recent decision to “shut down” Mykonos after a spike in coronavirus cases on the island caused serious disturbances to the country’s tourism industry. The government is rushing to allay concerns about the sector and prevent uncertainty from spreading to other islands, with rumors that restrictive measures imposed on Mykonos will be lifted on Monday. Yet in just a few days the damage was done.

The first impact of the restrictive measures imposed on the most popular Greek destination is seen in the drop in short-term real estate rentals observed after the government announcements:

The situation regarding cancellations in hotels is less clear, but with his statements to Business Daily, the president of the Pan-Hellenic Hoteliers Federation (HHF), Grigoris Tassios, expressed concern about developments. He noted that “the myth of the Covid Free islands collapsed, when on the country’s most touristic island, Mykonos, restrictive measures were imposed leading to hotel cancellations, pushing the government to restore the island to normal as soon as possible. Monday.” He added that “the strategy for the Covid-free islands was not achieved, as the vaccination concerned the permanent residents of the island, while it turned out that no mechanism was in place to control tourists who arrived on the island. Greece should not have been split in two and the result is what we are now seeing in Mykonos “.

In addition, in a letter to Minister of Tourism, Haris Theocharis, HHF points out that the largest percentage of quarantine rooms in hotels is already being used by tourists who have stayed in short-term rented accommodation. Quarantine hotels, HHF notes, are not hospitals and their owners have no intention of turning them into such. The group is asking tourists who have chosen to stay in short-term rental accommodation and who are Covid-19 positive to isolate themselves in the space they have rented.

For his part, the tourism minister told parliament that data from hoteliers and businesses on the popular island does not support reports of massive cancellations due to the new strict restrictive measures. “There are no cancellations in Mykonos. Cancellations exist only in the minds of those who write about them. I spoke with the hoteliers and they assured me that there were no cancellations “, underlined Theocharis. However, the figures for short-term rental platforms for the peak tourist season remain encouraging, as “most tourists mainly choose single-family homes which offer privacy in order to avoid coming into contact with a lot of people”, like the president of E-Real Estates, Themistoklis Bakas, said. In particular, occupancy rates based on pre-bookings for the period August 13-18 even reach 100% on many island destinations.

Travel start-up HOLT aims for the future of accommodation

The best luxury accommodation off the beaten track in Japan