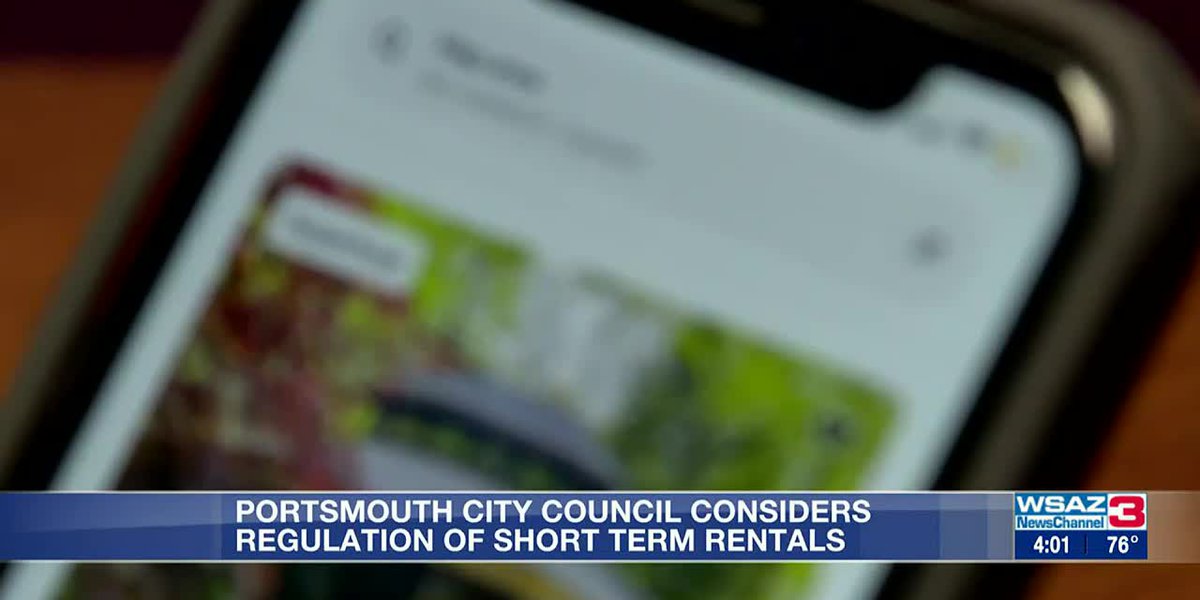 PORTSMOUTH, Ohio (WSAZ) — Short-term rental services like Airbnb and Vrbo have become popular options for tourists traveling to major cities for short periods. Smaller towns, including Portsmouth, are working on legislation to ensure these services are regulated if they start spreading to the area.

An order to regulate short-term rental services passed first reading at a meeting of Portsmouth City Council in early August. Mayor Sean Dunne says this is a proactive effort.

“It doesn’t matter if you’re one of the bigger players or a random company. They’ll all come through the system,” Dunne said.

If passed third reading, the ordinance would require short-term rental services to apply for a license to operate from the Planning Commission. This would allow the city to better understand who operates and where. The ordinance would also require short-term rental services to pay the same tax that hotel and motel services pay to operate in the city. Dunne says it will level the playing field.

Dunne says this legislation is needed in case problems arise. The mayor says the city hasn’t had any negative issues with these services, but he’s referring to problems faced by larger cities where short-term rentals are common.

“Saturation of short-term rentals in other cities has been associated with everything from rising crime rates to the deterioration of the social fabric of the community,” Dunne said.

Dunne mentioned that these areas often experience an increase in overall rental costs. The city of Portsmouth welcomes short-term rental services, but Dunne says the legislation is designed to ensure that people who live permanently in the city are taken care of if something goes wrong.

“There’s a complaints process, as well as a review of who owns the Airbnb and what we’re trying to do is just provide peace of mind for neighbors,” Dunne said.

7 of the best cheap accommodation options in Brisbane