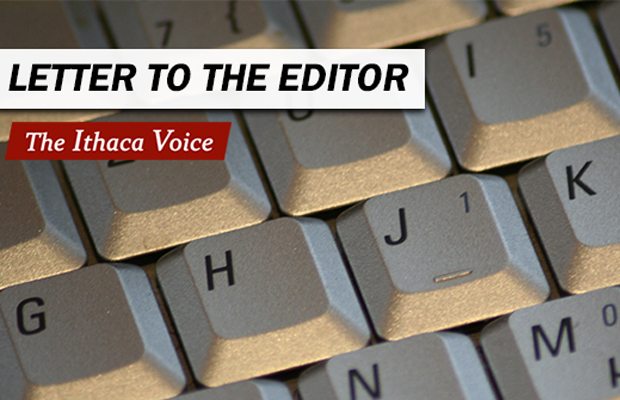 This is a letter to the editor written by Jason Evans, a resident of Ithaca. It was not written by Ithaca Voice. To submit letters to the editor, please send them to Matt Butler at [email protected]

Members of the Board of Directors of the City of Ithaca,

The stories other Ithacans shared about short term rentals got me talking. Ithaca has been recognized nationally as one of the most expensive places to raise a family. It was no surprise then when various members of our community spoke about how short term rentals have given them financial stability. It moved me to hear how they allowed travelers to live the â€œIthaca is Gorgesâ€ experience, not in a cold hotel room but in a unique and welcoming home. Some explained that short term rentals are the only thing that keeps them in the community. This evening, sincere and insightful comments focused on issues related to the legislation and its negative impact on our city.

With that heartfelt commentary, you can imagine I was shocked two hours and thirty minutes after the reunion started that some of you seemed to bemoan that you might have to comment to the audience again on December 29th.e. I was even more alienated when ideas floated around reducing the comment period or shifting the time just because you would get “largely the same” comments as tonight’s meeting.

You probably will, and for good reason.

All the owners expressed not only a vested interest but also a personal interest. And when I say all the owners, I also include those who were favorable to the rental. Most of those in attendance can probably agree that basic short-term rental legislation is needed, or at least better enforcement of noise and parking regulations already in place.

But the rental limit of 29 days per year is arbitrary. The Snowbirds explained how short-term rentals allow them to travel south for the season. Parents discussed how it allows them to take care of their children and have a stay-at-home parent. Others explained that it simply brought them additional income. A 29-day cap paralyzes any financial independence that short-term rentals can provide.

Many of the provisions are, dare I say it, Orwellian? This is the provision requiring an owner to notify the application of the code all once they have a non-hosted rental.

As one person put it, the bill takes a â€œscrewed-up approachâ€ and the onerous requirements associated with the 29-day limit discourage short-term rentals without specifically saying so.

Shortly after the public comments ended, I got the impression that most of you had already made up your mind before the meeting started. Which is unfortunate. According to the economic policy institutes Family budget calculator, taxes in Ithaca are the second highest cost to families, behind child care. High taxes push people out of our community and is probably a fundamental one that many people are considering to create secondary suites or short term rentals in the first place.

We should be working to make Ithaca more affordable and accessible. Short term rentals are a big part of this. We need to deal with complaints about noise and potentially absent owners. I do not believe anybody wants developers who come to buy plots of property to turn into short-term rentals. But we also need to empower people to prosper and profit from their homes. The number of allotted days that you can rent is far too short. Shorten and simplify legal reporting requirements. There have been many comments, and there have been many, made tonight that were much more enlightened than mine, so I urge you to consider the change.