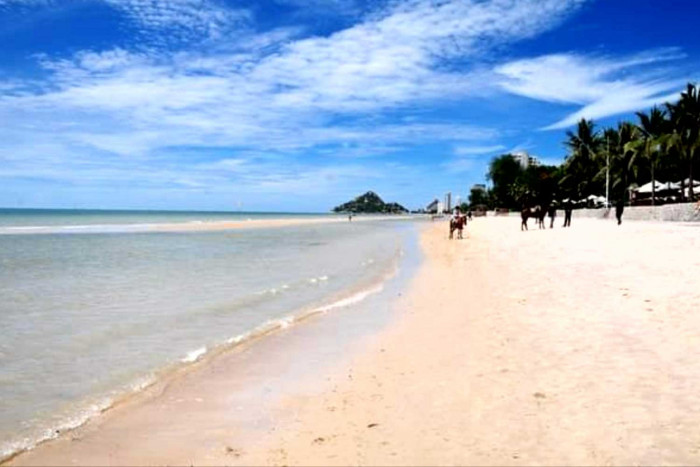 PRACHUAP KHIRI KHAN: Hua Hin remained calm on Tuesday after it reopened to tourists, with only 10% of hotel rooms booked and those by Thai visitors. There has been no influx of foreign tourists.

Rungroj Seeluangsawat, chairman of Prachuap Khiri Khan’s tourism industry board, said on Tuesday that reservations for November at most hotels were slow.

Only 10% of hotel rooms have been booked, and reservations have been made by Thais, said Mr. Rungroj, general manager of Hua Hin Grand Hotel.

So far, no reservations had been made by foreigners, he said.

The slowness in bookings could be due to confusion over travel requirements, he said. It may take a long time to pick up.

Nithee Seeprae, deputy governor of the Tourism Authority of Thailand, said the country did not reopen to vaccinated tourists from low-risk countries until Monday, so the number of arrivals in the city of Hua Hin was may not be high yet. But in a week or so, he expected the number of foreign arrivals to start increasing.

Foreign visitors must have a negative RT-PCR test for Covid-19 no more than 72 hours before travel. Upon arrival in Thailand, they undergo yet another RT-PCR test and then go to hotels with a certificate from the Safety and Health Administration, the TAT deputy governor said.

While awaiting the result of their arrival test, tourists should stay in a hotel within a two-hour drive of the airport. If the result was negative, they could continue their journey.

He said Hua Hin could be more than two hours away, so he would suggest that the Center for Covid-19 Situation Administration reconsider the distance from the airport for the first night’s stay.

Dr Wara Selwattanakul, head of public health for Prachuap Khiri Khan, said the province reported 177 new cases of coronavirus and three other deaths on Tuesday. Among the new infections, four were illegal migrants from Myanmar.