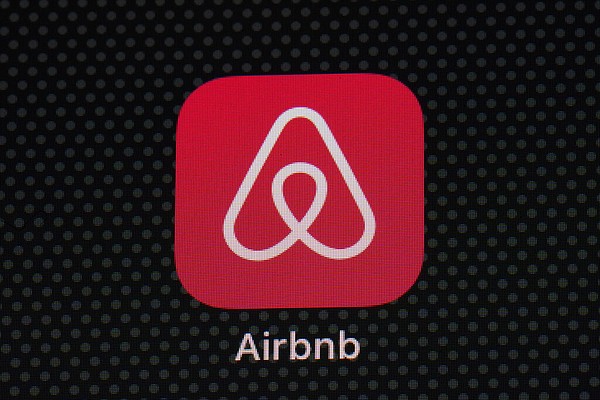 FAYETTEVILLE – The city may change its rules on short-term rentals to help better manage its regulatory process.

City staff are working on hundreds of applications for short-term rentals to operate legally in the city, Director of Development Services Jonathan Curth told City Council on Tuesday. A few are stuck in the process due to unintentional issues in the city’s ordinance regulating rentals, he said.

The city estimates that there are 500 to 600 short-term rentals, such as Airbnb or VRBO locations, operating in the city. In April, city council passed an ordinance allowing them to operate legally, as they technically fell under hotel and motel use in the city’s zoning codes. The residential areas of the city, where most short-term rentals operate, do not allow hotels or motels.

As of Tuesday, the city had received 329 rental applications and approved 148 of them. Staff are trying to get the word out to short-term rental owners that they need to go through the city’s process to operate legally. Several of those who applied were caught up because they did not have the necessary documents or were not prepared at the time of a building inspection, Curth said.

Homeowners have until February 21 to obtain a permit from municipal staff rather than the Planning Commission. Normally, the commission grants such permits, requiring a public hearing. In November, city council extended the grace period during which homeowners could bypass the public hearing and obtain staff permits instead.

Curth proposed some changes to the ordinance that the board may consider in the future. On the one hand, short-term rentals could be allowed in all zoning districts. At present, they are only allowed in neighborhoods that also allow residential uses. Few of the inquiries the city has received were for rentals operating in commercial or industrial districts, Curth said.

However, the city code does not distinguish between the different types of multi-family buildings, Curth said. Therefore, only a portion of the units owned by different owners in a condominium could become short-term rentals. There are about 20 pending requests in this situation, Curth said.

Exempt properties would have to meet a set of basic structure-specific safety standards, such as firewalls between units, sprinklers and unobstructed access to stairs, Curth said.

The city ordinance classifies short-term rentals as Type I or Type II. Type I rentals are houses with full time occupants with one or two bedrooms made available for overnight stays. Type II rentals are residential units that accommodate full-time guests.

Type I and II rentals must obtain business licenses and city building inspections. Type II rentals must also obtain conditional use permits, which allows a certain use of land in a zoning district.

Short-term rentals must also collect and remit the 2% sales tax on hotels, motels, and restaurants in town. Half of the tax revenue goes to promoting tourism; the other half goes to the parks.

Logan Humphrey, owner of Cohobnb, said the town’s process has smoothed out over time. At first, getting all the documents correct and submitted on the city’s website was a bit difficult, he said, and building inspections could be inconsistent.

The city has since streamlined the process, Humphrey said. Cohobnb operates multiple vacation rentals owned by different owners and has gone through the process 30 or 40 times, he said.

Humphrey said the proposed changes made sense and the city has responded to suggestions for adjustments to the ordinance.

â€œOverall, our experience with the prescription process went smoothly after the first month, with these hiccups,â€ he said. â€œNow we’re so in tune with the needs that we literally have a PDF template that we’re sending out to all of our new customers. They just follow the instructions and we just plug in and play. “

Rogers has a procedure similar to that of Fayetteville. City spokesperson Peter Masonis said short-term rental owners must obtain a planning staff license, undergo a building safety inspection and obtain a business license. Rentals are only permitted in zoning districts that allow residential uses. The city levies a 3% lodging tax on rentals.

Officials estimate that there are about 100 short-term rentals in operation at Rogers. So far, around 15 have obtained business licenses, Masonis said.

Springdale, Bentonville, and Fort Smith do not have specific ordinances regulating short-term rentals.

For more information on the procedures to follow to apply for an operating permit for a short-term rental in Fayetteville, visit: http://bit.ly/faySTRs

How to avoid renewing or postponing your cash advance