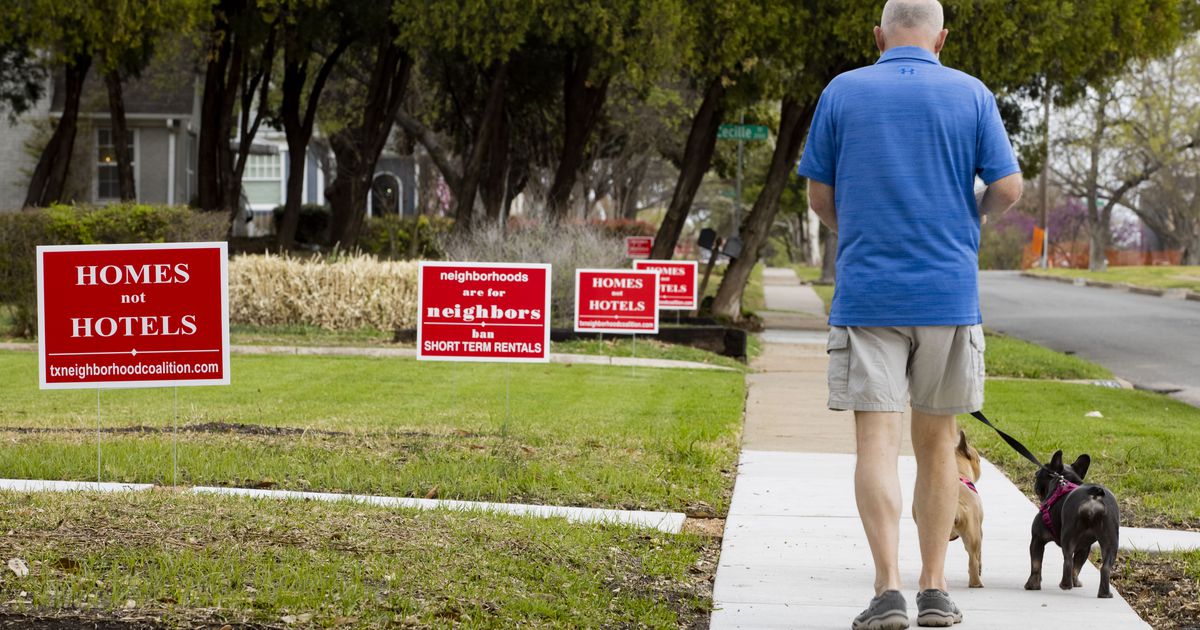 Just before a recent briefing, Dallas City Manager TC Broadnax jokingly asked if council members would rather adjourn than discuss short-term rentals. Like most jokes, it contained more than a grain of truth. As a city staff member later told council, “we are still struggling to identify STRs and confirm their existence in some cases.”

After four years of complaints and three task forces, the city still lacks a workable approach to a mess that residents have repeatedly told them is intolerable. The council’s inaction is a disservice to the rental industry, landlords looking to earn an income and residents overrun with party houses in their otherwise quiet neighborhoods.

Short-term rental properties, which are listed on sites like Airbnb and VRBO, allow landlords to open private homes to vacationers and other visitors for short stays as an alternative to a hotel room.

Council member Omar Narvaez said some short-term rentals in his district are illegally hosting large business events. And he said investors had recently acquired and converted eight of 10 properties in a new townhouse community in his neighborhood to STR, creating “a hotel in the middle of this residential neighborhood.” This type of behavior takes homes off the market, infuriates residents and exacerbates Dallas’ acute housing shortage.

Broadnax promised council members that city workers will present key elements of a new short-term rental ordinance in June as well as an option for council to design zoning requirements for short-term rentals. . We’re not sure zoning is the right regulatory tool, though we agree Dallas needs to set clear rules on future placement of short-term rentals, require landlords to register with the city, limit maximum occupancy, prohibit outdoor advertising on a property, require local emergency contact for the rental property, and include a process to revoke business licenses from repeat bad actors.

The result should protect neighbors from rowdy or illegal behavior, not chase short-term rental operators underground, and efficiently collect hotel taxes from all operators. Airbnb recently announced restrictions on one-night rentals for Memorial Day weekend to discourage disruptive parties. If SEO platforms can be proactive on Memorial Day, they can be all year round.

Short-term rentals are everywhere. Of those paying hotel taxes, 396 are in single-family areas, 380 in planned development districts, 100 in cluster housing, 81 in conservation districts and 30 in townhouse neighborhoods, for example. Residents and tenants want and need clarity. When will they get it?