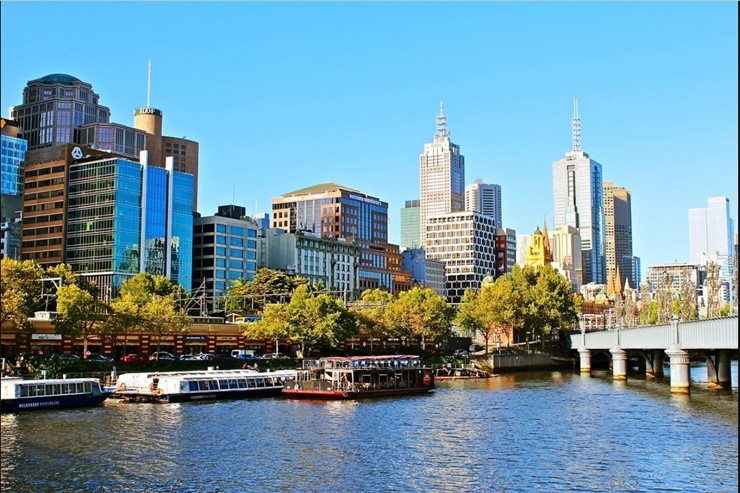 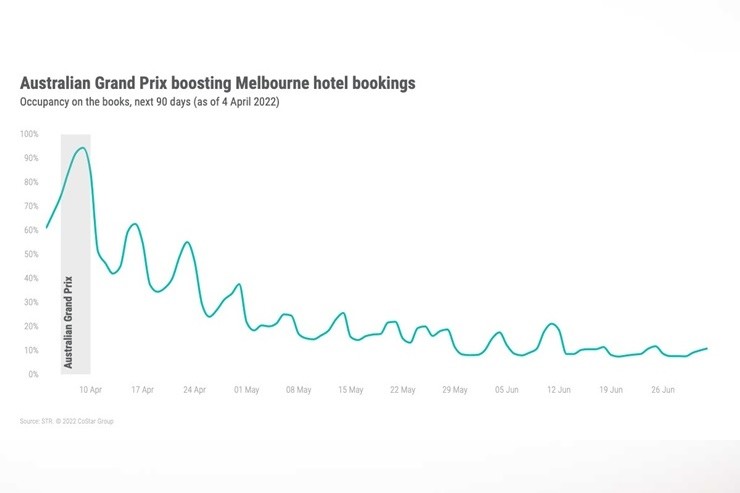 As of April 4, the Thursday-Sunday (April 7-10) market average is 89% with a peak of 94% on Saturday evening. If Saturday’s level were to materialize, it would be the highest daily occupancy in the market since November 30, 2019 as well as the highest occupancy of any major Australian capital city since New Year’s Eve 2019.

“Since the calendar dates were announced, Melbourne bookings have gradually built up for the race weekend,” mentioned Matthew Burke, STR Regional Director – Pacific, Japan and South Central Asia. “At the start of 2022, book occupancy averaged 35%, so it’s clear that the growing confidence around the event and ‘F1 fever’ has captivated the traveling public.”

Virginia Beach hotel bookings are down from past College Beach weekends